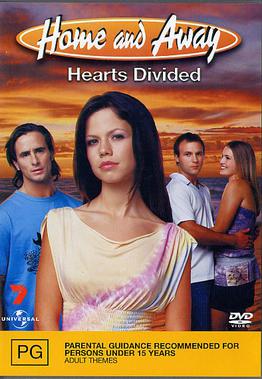 Anyone and everyone who owns a home almost without exception, when asked what would be their most important remodeling project replies add a kitchen remodel. And there are as many different sizes of kitchen remodeling projects, as there are people that have kitchens. These projects can range from a total kitchen makeover to something as simple as a new exhaust hood over their stove.

When a homeowner works with a designer on their kitchen remodeling project, their designer will have them thinking outside of the box, literally because a kitchen island doesn’t have to just be your usual island shaped like a box. A kitchen island can have different ranges of style and function, and your designer will work with you, and help you utilize your available kitchen space.

Many designers will tell you that there are no fast or hard rules when it comes to the actual design of an island, but there are some basics that they do follow and will advise the homeowner about. The designer will advise the homeowner where work surfaces for the island should be placed, in relation to existing appliances such as a stove and refrigerator. Designers know that working aisles should be about 42 to 48 in. in order to accommodate one or two cooks working in the kitchen at the same time. Most designers also recommend that the island’s working surface area should be at least 36 in. so that both cooks have more than enough work space without actually bumping into one another while actually working together on the island’s surface.

See also  Home Remodeling Ideas to Save Money and Frustration!

The design of your kitchen island is going to depend on the layout of your floor plan. In an older home more than likely, you will find a closed floor plan. This type of floor plan dictates the use of what is termed the workhorse configuration. This type of island configuration is basically the four sided box that we mentioned earlier. For homes with an open floor plan, the designer and the homeowner have more selections of designs to choose from because they have the ability to use angular designs including L, Y, U or V shapes. These shapes function as walls, but they do not totally block off the kitchen from say the dining room or a smaller adjacent kitchen area.

The homeowner should realize that the larger the actual island is, the more functional it will be. The island can be more than just a prep surface for cooking meals. It can also be a smaller eating area, separate from the main kitchen or dining area. It can also hold a small TV and compact DVD player. Your kitchen island can be as unique as you are, with special moldings, brass accents, and special pulls and footings, creating a unique look and feel that reflects you and your personal style and taste. And this can be accomplished no matter how large or small your island happens to be.

The best thing about having a kitchen island installed is that it can be a relatively inexpensive project, depending on its size and scope, it is possible to bring in this sort of kitchen remodeling project for under $700 for a basic bare bones island, but when you start to add things such as a sink and other accents the cost can rise significantly.