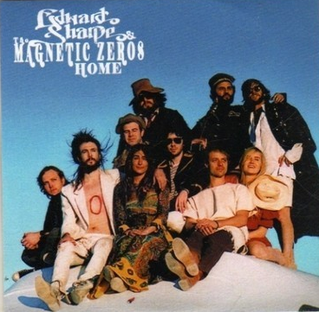 The soil that we all take for granted is actually a very valuable commodity on Earth. It is only the uppermost of the Earth’s crust, usually just the top two to eight inches. This soil has the highest concentration of microorganisms and organic matter of all the topsoil available to us. The majority of biological soil activity occurs here, and it is where your food is grown. Without this soil, water, and oxygen we wouldn’t survive. Let’s take a look at dirt and see what we can find out about what we walk on every day.

As you should know from buying bagged soil, a plant will grow most of its roots in topsoil as most of the nutrients in the soil are in this upper layer. The layer below topsoil is known as subsoil, and it is commonly found about eight inches below the topsoil. It is the first densely packed soil you will find, and is made up of sand, silt, and clay that has been partially broken down by the elements. This subsoil being broken down is the process by which more topsoil is produced. If you’re at all interested in how topsoil can be made quickly from subsoil, look into P.A. Yeomans’ 1954 book ‘Water for Every Farm.’ Within that book he explains the Keyline Design, of his invention and research, which shows how this process can be used to create nutrient rich and fertile topsoil from subsoil at an accelerated rate.

Topsoil may seem like a meaningless topic, but consider this: topsoil erosion has an estimated annual cost in the excess of $45 billion. Topsoil erosion occurs when loose soil is washed away by floods, or blown away during a dry spell, such as what happen during the ‘Dust Bowl’ which lead to the depression of the 20’s. Contributors to this also include traditional agricultural techniques, this is caused by the soil having to be plowed and planted each year. I remember when my Dad first tried no-till farming and this technique can help reduce the impacts of modern farming, but not eliminate it entirely. It also takes less time, care, and fuel to care for a no-till farm. Even with this, maybe it is time for us to go take a look at what P.A. Yeomans had to say so that our topsoil is healthy for years to come.

At home on your mini-farm, you garden, bagged soil is what you likely grow in. Topsoil for purchase has many options as far as composition goes. And you can buy it from a bag, to a whole truckload. Check with your local gardening centre to determine what exactly you need to get your garden growing its best. A quick recommendation is to be sure to find one which offers a proper mix of plant growth, and weed control. This background work will ensure that your soil is the best it can possibly be. Maybe you’ll grow crops as well as my Dad, but you’ll need a whole lot of soil to grow anywhere near as much!